Nam Lira Tae-yoo joined the LCS in 2017. He played for Team EnVyUs before joining Clutch Gaming (now named Dignitas) in 2018.

He helped his team qualify for Worlds Play-Ins before being knocked out of groups.

The French veteran top laner returns to the professional scene before an unfortunate experience at Misfits Gaming. He decides to join forces with Immortals with whom he will try to conquer LCS, as he has done for a few years in Europe with Fnatic.

After a year outside of the rift, the Canadian AD Carry makes his return in the LCS with Immortals.

After a year playing for Echo Fox, and 3 years alongside Apollo, Hakuho leaves his former AD Carry to join Altec at Immortals.

Dardoch is one of the few players that has played for most of NA top teams. The 21 year-old jungler started playing professionally in 2014 and joined Team Liquid in 2016, before playing for teams like Immortals, Counter Logic Gaming, Echo Fox and Optic Gaming.

He now starts a new story with TSM where he will play alongside Bjergsen and Kobbe.

From EUW to NA, PoE joined a lot of different teams during his career. He joined NA playing for Optic Gaming before going to Counter Logic Gaming, which he now leaves in favour of FlyQuest.

After a successful year at FC Schalke 04, despite not qualifying for Worlds, IgNar joins his former Misfits teammate PowerOfEvil at FlyQuest.

A few weeks after the end of his Worlds run, Cody Sun is set to rejoin his former team 100 Thieves. The Canadian rejoins the team that left him on the bench for their whole 2018 Worlds run.

The French mid laner joins Immortals after 3 successful years alongside YellowStar at Team LDLC in the LFL. He will be joining Xmithie, Altec, Hakuho and Soaz.

Amazing announces he will not play this season

After 6 years at the top of the League of Legends professional scene, Maurice Amazing Stückenschneider leaves 100 Thieves and tweeted that he will not compete in 2020.

100 Thieves announced this week that Aphromoo won't be playing for them anymore. We still have no information about his future.

The former Splyce AD Carry will replace Zven as TSM AD carry for the 2020 season.

This transfer follows a few successful years playing for Splyce. He has been known for being one of the most consistent carries in Europe.

Bvoy and Ronaldooo join Misfits GamingMisfits adds to its roster two new rookies: Bvoy has played for Furious Gaming as an AD Carry, and Ronaldooo was support for Fnatic Rising 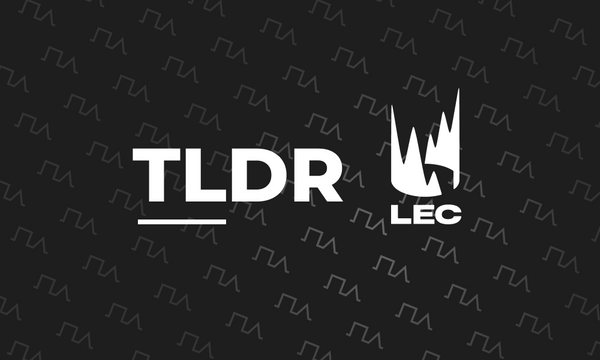 One week into the off-season and most of the teams are already rebuilt. Here are the latest news.